Whyalla Special Education Centre began in 1962 as Whyalla Child Occupation Centre, at the old Commission building in Horwood Street. The first teacher of this school was Margaret Minajluk, who had the responsibility of six students on her first day. Some of these students came from Whyalla South Primary Opportunity Class, now Memorial Oval Primary School. On July 30th, 1963 the Centre reopened as Whyalla Special School.

In 2014, a new site was built on Russell Street, Whyalla Norrie. At this time, the school name changed from Whyalla Special School to Whyalla Special Education Centre. On the 25th July 2014, Hon Jennifer Rankine MP, Minster of Education and Child Development officially opened the site.

The curriculum being used today has developed significantly from the 1960s. Students at our school have the same educational opportunities and experiences as students in any mainstream school. Our curriculum is aligned to the Australian Curriculum and planned in seven areas of learning. Our Senior students participate in, and graduate with SACE (Modified).

The school has grown from its early days of one teacher and six students to a current enrolment of 54 students from Foundation through to Year 12. Staff now comprises a Principal, a Coordinator, nine teachers and 18 support staff. Whyalla Special Education Centre is now a centre of excellence and expertise in teaching students with complex learning needs in the Whyalla Partnership. 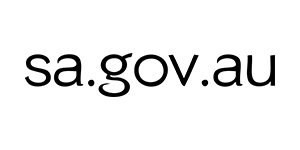